Developed by industry veterans behind AAA games like Metal Gear Solid, Halo, F.E.A.R., and Kinect; and cutting edge videos like the Skyrim television spot and the iconic iPod “silhouette” ads, République represents a strategic alliance between Camouflaj and Logan to make an epic action game designed specifically for touch-based devices, as well as Mac OS X and Windows. The game features stealth gameplay and follows a young woman as she attempts to infiltrate and then escape a government building with the help of the player watching the events through security cameras.

Camouflaj describes the game as follows:
You receive a desperate phone call from Hope, a young woman trapped within a shadowy totalitarian state. Using a stolen phone, she calls and begs you to hack into the nation’s surveillance system, assume control, and help her escape from the clutches of the omnipresent Overseer.

République first appeared on Kickstarter in April of 2012, with a lofty funding goal of $500,000. The Kickstarter received a great deal of praise and positive news based on its intent to make a Triple-A touch-based game, its use of stealth gameplay, and its inclusion of a powerful female lead. However, there was a great deal of concern that its funding goals far exceeded its value.

In response to both critics and fans, Camouflaj announced on April 26th that République would also be available for the Windows and Mac. Funding grew dramatically, yet the $500,000 goal remained daunting. In response, Payton and the team launched the "Hope Is Alive" media campaign, seeking to gain viral support across a swath of online communities and media outlets to maintain popular momentum. With one day left, Kickstarter pledges still fell short of the 500k goal, until the final day of the campaign. Camouflaj achieved their funding goal within the last 24 hours of the campaign, reaching a total pledge value of $555,662. 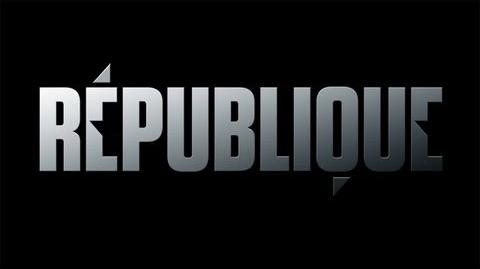 Welcome to the République Wiki
The wiki dedicated to Camouflaj's République game that anyone can edit!